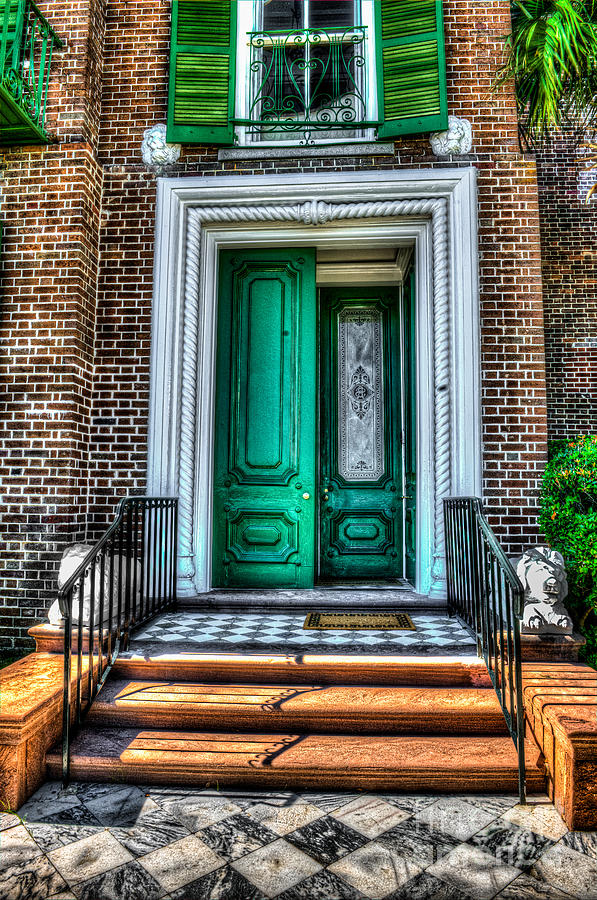 The Robert William Roper House is a historic house at 9 East Battery in Charleston, South Carolina. It was built on land purchased in May 1838 by Robert W. Roper, a prominent cotton planter. The house is an outstanding example of early 19th Century Greek Revival architecture, built on a monumental scale. Although there are now two houses between the Roper House and White Point Garden to the south, at the time of its construction nothing stood between the house and the harbor beyond. It is said that Mr. Roper "had wanted his house to be the first and most prominent to be seen as visitors approached Charleston by sea."

The Roper House was declared a National Historic Landmark in 1973. That same year, the authors of the nomination form for the National Register of Historic Places described the house as "exceptional...well-proportioned and architecturally sophisticated...to be preserved and protected in situ at all costs.

Thank You Buyer from Charlotte NC for purchasing this image

Thank You buyer from Henrico VA for purchasing this image

Congratulations on your sale!!!!!

Thank You Buyer from McKinney TX for purchasing this image

Amazing capture! Congrats on your sale

Thank You Buyer from Pickerington OH for purchasing this image. Your are much appreciated. Thanks!