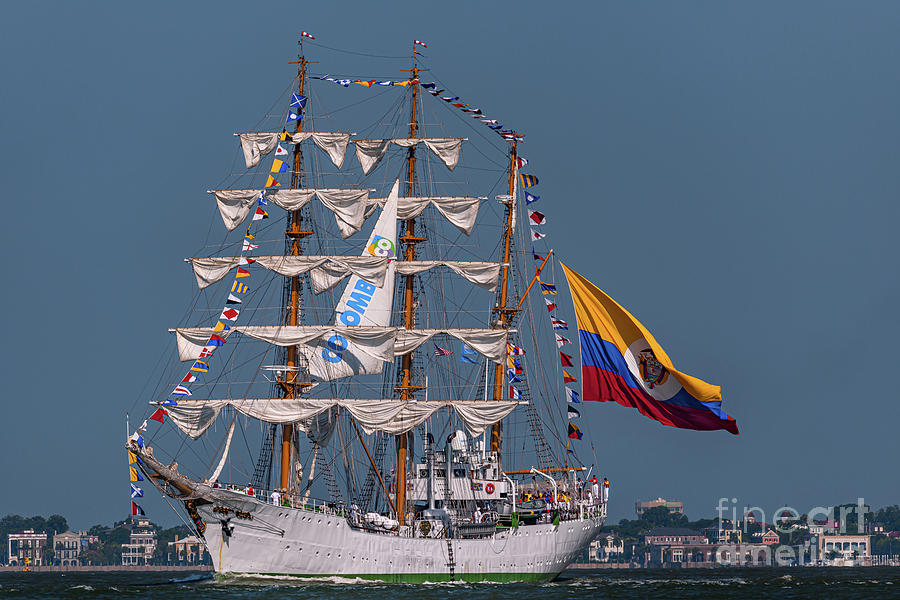 ARC Gloria (IMO number: 8642555) is a three-masted barque. She is a training ship and official flagship of the Colombian Navy.

The Colombian Government authorized its navy to acquire a training ship in 1966. A contract was signed with the Spanish shipyard Celaya of Bilbao in October 1966, and began to be fulfilled in April 1967. The ship was commissioned on 7 September 1968 with the vessel moored at the wharf of Deusto Channel. She is one of four similar barques built as sail training vessels for Latin American navies; her half-sisters are the Mexican Cuauhtémoc, the Venezuelan Simón Bolívar and the Ecuadoran Guayas.[3] Their design is similar to the 1930 designs of the German firm Blohm & Voss, like Gorch Fock, USCGC Eagle and NRP Sagres.[citation needed]

The ship's name is a reference to the national anthem, Oh gloria inmarcesible (O Unfading Glory).

Currently (2019), captain of the ship is Camilo M. Gutiérrez Olano.