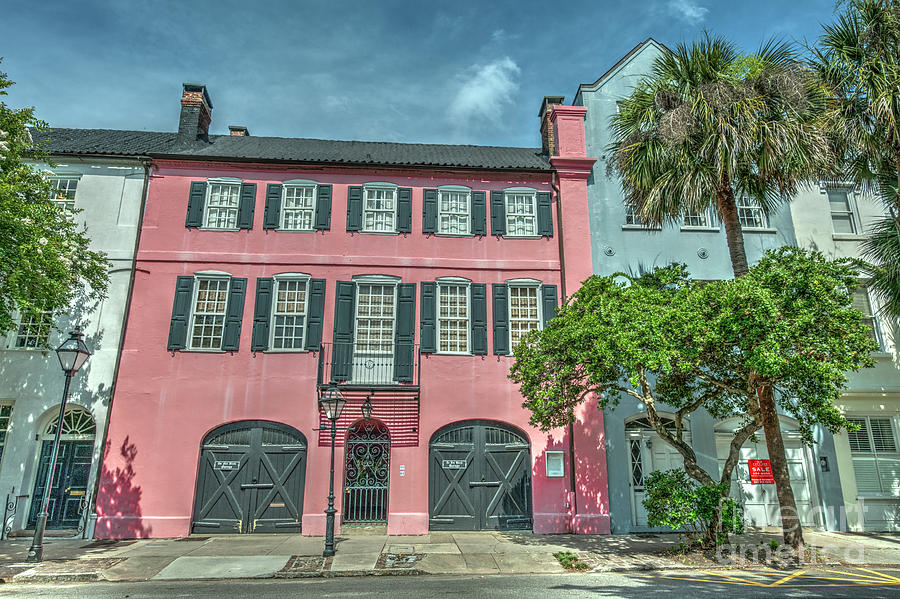 The Othniel Beale House was constructed around 1740 by Colonel Othniel Beale, a Charleston wharf owner originally from Marblehead, MA. The house is part of Charleston's fame "Rainbow Row," and was built with two adjoining tenements on land across from Beale's wharf. The largest of the three residences, 99-101, was his family home while the other two were designed as rentals. Number 97 shares the tiled gabled roof, with an egg and dart cornice, and the continuous stucco facade. The ground floor of the Beale House is divided by a central arched passage that creates two commercial spaces, and leads to buildings at the rear and the back alley. The Beale House was the first residence on Rainbow Row to be rescued from the delapidation that had permeated the neighborhood by the 1930s. Judge and Mrs. Lionel Legge along with Susan Pringle Frost, a celebrated figure among Charleston preservationists, are credited with the rejuvenation of this well-known Charleston block. The Lionels restored the early 18th century windows and replaced the original storefronts with the current cargo style doors. The iron balcony was salvaged from the now demolished C.F. Prigge House, at one time located on Elizabeth Street and the initials "CP" are clearly visible in the balcony's detailing. The original cypress paneling remains in both the parlors, a rare remnant from early Georgian Charleston. In the 20th century the garden was the location for many preservation events including the first of Charleston's legendary garden tours. Landscape architects studied the garden in the early 1990s and through archeology and research, restored the garden as Charleston's first example of landscape preservation.